In my gluten-free baking experiments, I admit that my brain can more easily wrap around the lesser complicated recipes!  Especially during the week, I just don't to try that hard.

I was intrigued by the Brazilian Cheese Puffs recipe.  I keep seeing a similar baked good at a local cafe, but had not tried one.  I was also curious what a recipe that relied on tapioca flour would taste like!

You can see how chewy these are by the inside structure.  That's the tapioca, which is similar to or exactly like yuca or cassava. 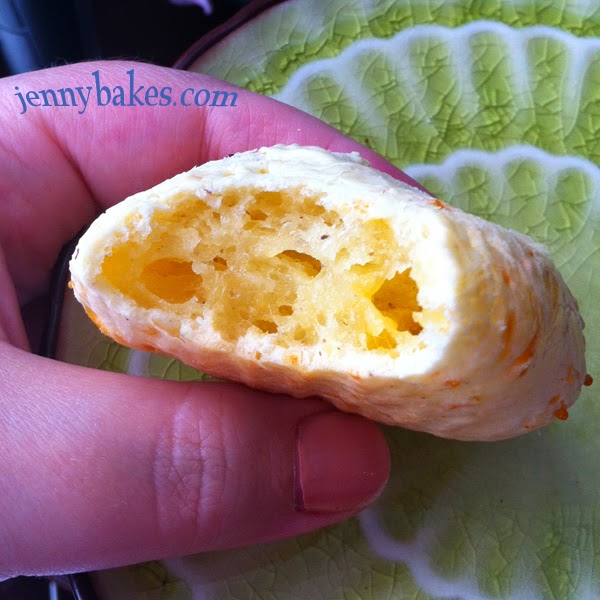 They were chewy and I mean chewy.  Chewy chewy.  Not so much a bread as ... hmm, what is a good example of something chewy?  I found it a bit disconcerting to eat them on their own.  Also they heat up in 3-4 seconds in the microwave; any more time than that and they were red-hot. 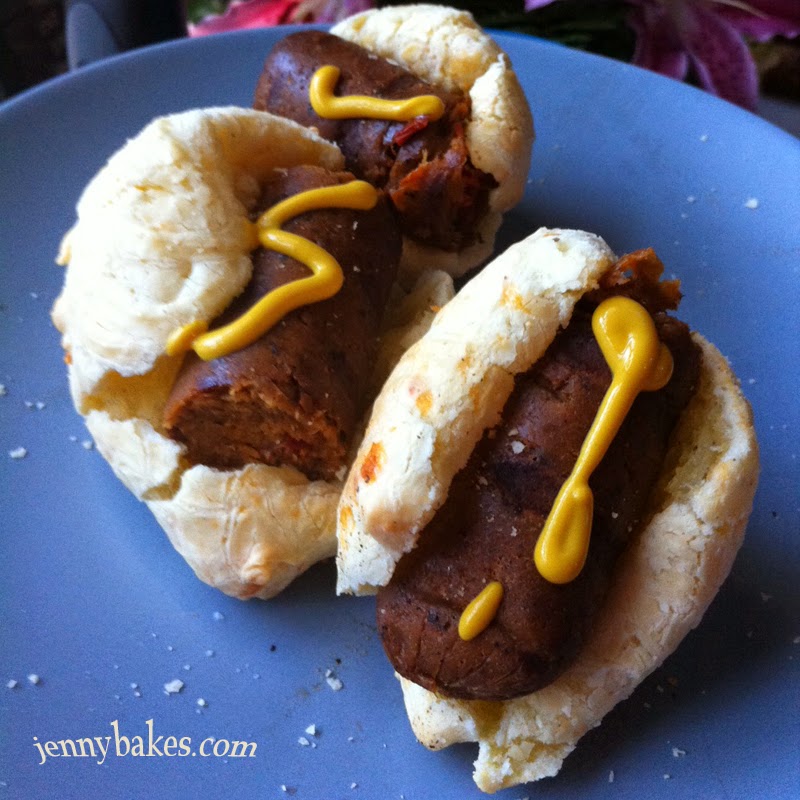 I had some vegetarian sausages in the fridge, and cooked one.  The best thing I did was wrap some of these cheese biscuits around sections of the sausage, a great flavor and texture combination.  I packaged up the rest and brought them to my GF friend, but never heard anything (I think she would probably say, if I asked, that this was not the most successful gluten-free recipe.)

This is another recipe from Gluten-Free Bread, which I got from the publisher in exchange for an honest review. It's taking me a while to work my way through it so it will make a frequent appearance for a while!