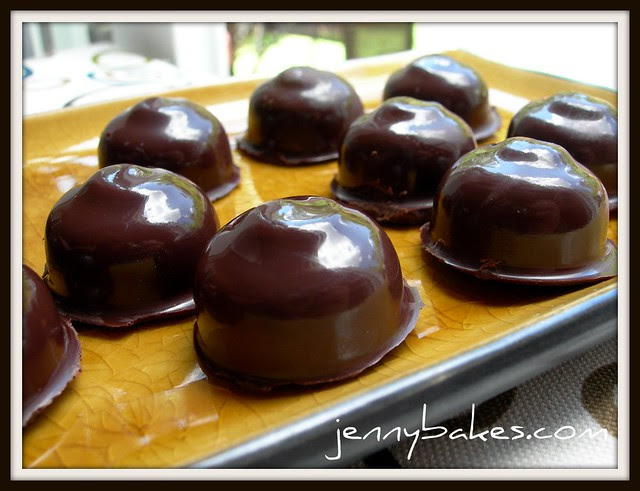 The August 2011 Daring Bakers’ Challenge was hosted by Lisa of Parsley, Sage, Desserts and Line Drive and Mandy of What the Fruitcake?!. These two sugar mavens challenged us to make sinfully delicious candies! This was a special challenge for the Daring Bakers because the good folks at http://www.chocoley.com offered an amazing prize for the winner of the most creative and delicious candy!

I was most excited because the challenge involved tempering chocolate, something I had never done by hand before. During my brief stint working at DeBrand Fine Chocolates in Indianapolis in 2001, we would make some garnishes out of tempered chocolate, but had fancy tempering machines that we just had to turn on. I went with the double boiler method, and after my candy thermometer decided my bowl shape/size wasn't conducive to candy making in the batch of sponge candy I torched (NOT PICTURED, haha, it was terrible), I decided to try to do it by feel. I know, this might sound crazy. Tempering chocolate is Very Serious Business. But I thought maybe it is more like baking bread, where the measurements are precise except for when they aren't, and it is more important to develop a feel for how the dough should feel, and make slight adjustments. 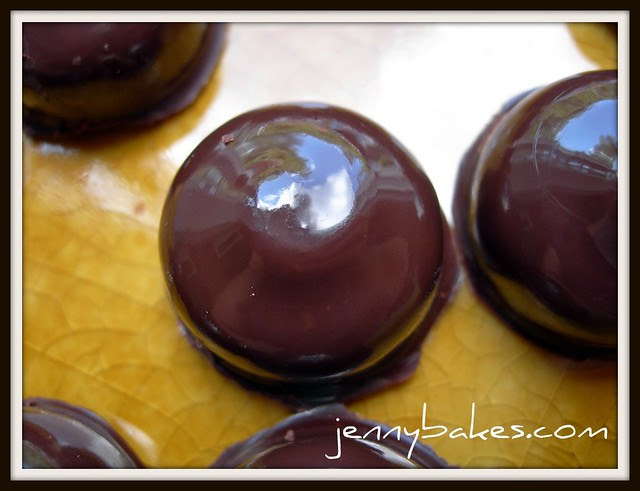 My bonbons or truffles (I think I'll call them truffles since they are chocolate inside chocolate) ended up with that perfect shiny snap, so I feel like I am not completely wrong in thinking you might be able to temper chocolate by sense. I heated up about 2/3 of the chocolate until it was melted, smooth, and had started to heat up (definitely not even close to boiling). I removed it from the heat and stirred chocolate drops in until they stopped melting easily, then put it back on the heat for a minute or so until it got glossy again. I had a plastic mold, and through trial and error discovered that the easiest way not to make a mess of things was to drop some of the chocolate into each divet, swirl it around with a brush until it had coated the sides, and then chill it. The first batch, I tried doing it where you ladle chocolate over the whole mold and pour the extra back into the pot, and all I really made was a huge mess! 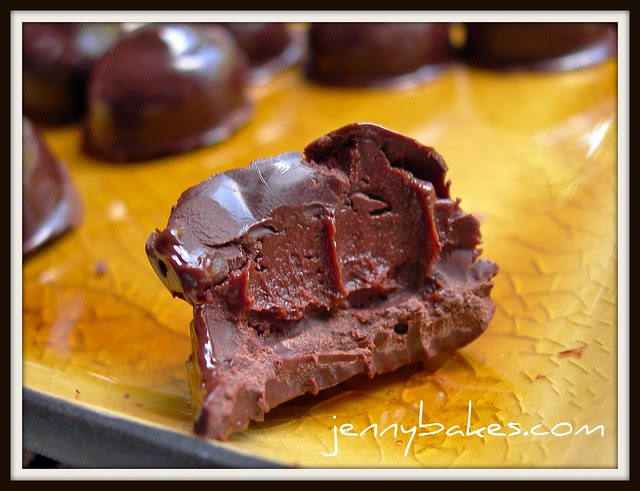 For the insides, I made two kinds of ganache. One was a dark chocolate mixed with ancho chili powder, a sprinkle of cayenne, and a sprinkle of cinnamon. The other was a milk chocolate ganache with a little Irish cream. The milk chocolate took a lot longer to get to the appropriate consistency, so we ate most of it as a snack later that week.


The truffles were tasty. Shiny and a good snap as you bit in, very soft and smooth in the middle, with a little bite due to the spices. Now that I have more of a hang of it, I think it would be simple to do again.... simple but not cheap. Making chocolates is an expensive venture! I think I may use this method the next time I make such things as peanut butter balls, just to have a better finish on the outside. I usually just melt down bags of chocolate chips, but using a tempered chocolate will really class things up a bit. Next time I will also plan ahead better and order bulk couverture chocolate online. I couldn't find any in local stores, and did buy some off of a chocolate shop in Asheville, but I couldn't rely on them as a source (it isn't like they have that chocolate on their menu or anything!).
at 2:57 PM 5 comments: 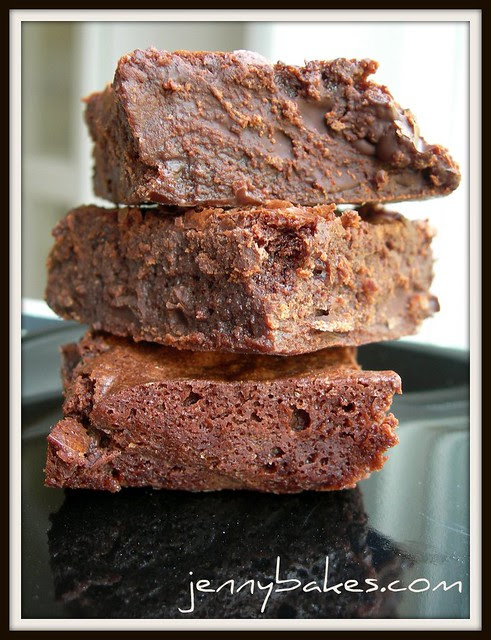 Yesterday I was reading through the blogs in my foodie folder in Google Reader, and as soon as I saw David Lebovitz's recipe for Gluten-Free Brownies, I knew I had to make it. I had made the original recipe from Ready for Dessert

, and liked what he said he did in replacing the flour. It involves cornstarch, and several of the comments to his post asked about replacing that. Apparently you can replace it directly with potato starch if necessary. I used cornstarch.

My picture doesn't look as dark or fudgey as his in the original recipe post, but I blame the bright noon sunlight. These might compete in my brownie files as our favorite brownie recipe. The best thing I can say about them is that you have NO IDEA they are gluten-free. No weird taste. No weird texture. It is a brownie through and through, down to the crackly tops that you need! It was the perfect recipe to use the rest of the chocolate I got from Mast Brothers, plus some chocolate chips. Instead of nuts, I stirred in additional chocolate chips, which I'm not sure I can recommend if you intend to eat an entire piece! Completely over the top.
at 9:52 PM 8 comments: 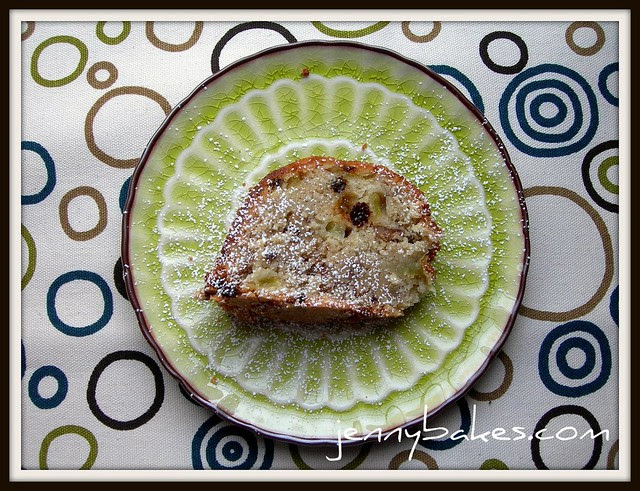 Every once in a while I will make something that I'm not sure I'll like, and still can't decide after it is over if it was "good." This Green Tomato Bundct Cake, from Paula Deen on the Food Network, is one of those cakes. A friend of mine made this recipe a bunch last summer and swore by it (although she recommended skipping the glaze). I loved the concept; it seemed so southern to use green tomatoes in a cake! I kept thinking of it in the off-season but finally remembered to pull it out once I started seeing green tomatoes at the farmers markets again.

A lot of reviews claimed that nobody could tell these were green tomatoes! That it was so amazing and delicious and mysterious! My problem was that they were too obviously green tomatoes. They were so firm, even in a small dice, they hadn't developed enough sugar to absorb into the cake, and their tartness really stood out. The cake itself was delicious, the spices and nuts (and currants that I used) were heartwarming and would be perfect for fall.. without the green tomatoes.