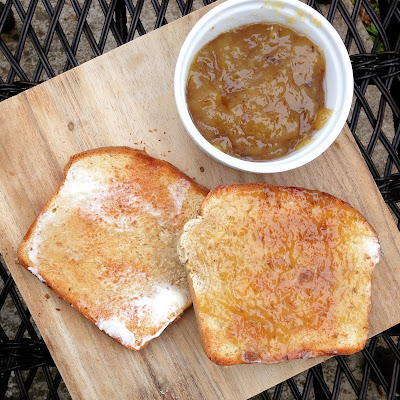 To continue my reading/baking Africa in 2016 project, I recently read Our Lady of the Nile by Scholastique Mukasonga, set in a Catholic girls school in the mountains of Rwanda right before the genocide. Doughnuts get mentioned frequently, the food the girls crave when they're away from home. The mothers send them food in suitcases, including:

“...For the city girls, doughnuts of every color under the sun - a secret Swahili recipe...."

I'm not sure if this recipe, found on the Compassion International website, is the doughnuts they mention, but this is simpler than most doughnuts - a quick batter, a short rest, a shallow fry. 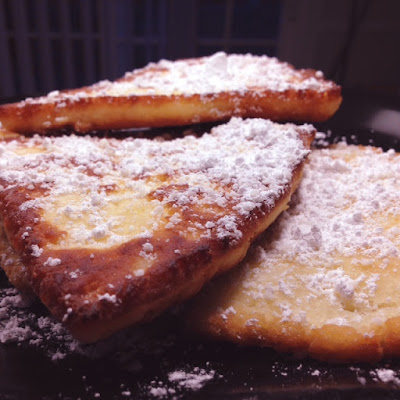 With a rolling pin, roll the dough on a lightly floured surface until it’s about ¼-inch thick. Let it stand about 20 minutes, then cut it into 12-15 triangles.

Heat the oil in a skillet. Place the triangles in oil over medium heat and fry until both sides are golden brown. Remove to drain on paper towels. Sprinkle with powdered sugar.

Our shepherd-boxer mix, Doyle, turned a year old at the end of January, so I went looking for dog-friendly cake recipes. I found a bunch and picked one that I already had all ingredients for. This is the only food our dachshund mix, Winnie, has ever found motivation to come inside for, so I suppose you could say the dogs thought they were pretty tasty. Except for on his birthday, where Doyle got to eat one entire pupcake (about half as tall as a cupcake), I've been giving them much smaller pieces, sometimes with peanut butter on top and sometimes not. 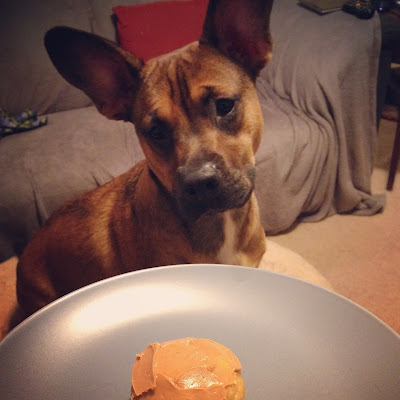 
Ingredients
Instructions
Storage: cupcakes should hold up for 4-5 days if stored in an airtight container in a cool, shaded, dry spot. Peanut butter frosting should be stored separately, covered and refrigerated. Frost cupcakes immediately before serving.

In looking for recipes from Sudan, I came across the website of Mark Tanner, a travel writer who documented quite a few recipes along the way. I found this recipe elsewhere on the internet, in sources that seem to predate him, so I'm not sure of its actual provenance.

As I mentioned in a previous post from two weeks ago, traditional Sudanese food seems split between two regions - Arabic influence and East African. This cake is very much more of the northern influence, with a cake similar to this (with slight alterations) made throughout much of the middle east.  I myself have made Egyptian Basbousa, a cake that has many similarities although uses semolina (or farina) and honey instead of this recipe's regular flour and sugar syrup.

This is an easy cake and makes a lot - the yogurt makes it tender and the syrup poured on after it bakes makes it incredibly flavorful. 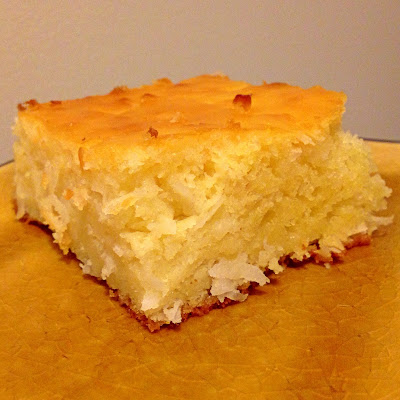 Beat eggs and sugar.  Add oil and yogurt and mix.

In a separate bowl sift flour and add baking powder and coconut, then add to the mixture while stirring.

In another saucepan, mix sugar and lemon with water, boil until syrup thickens.

When cake is baked, poke holes in it pour syrup over evenly so it soaks through (while still hot.)
at 12:00 AM No comments:

This started as a paleo recipe which I have rendered not so paleo, so let's just call it gluten-free. These are delicious and could be easily adapted to have chocolate chips instead of berries. I made mine half with shredded coconut, and can recommend that ingredient too. 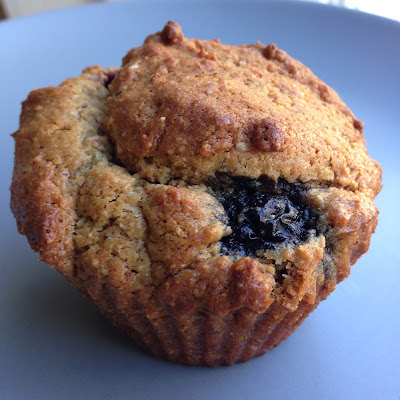 
Ingredients
Instructions
at 12:00 AM No comments: