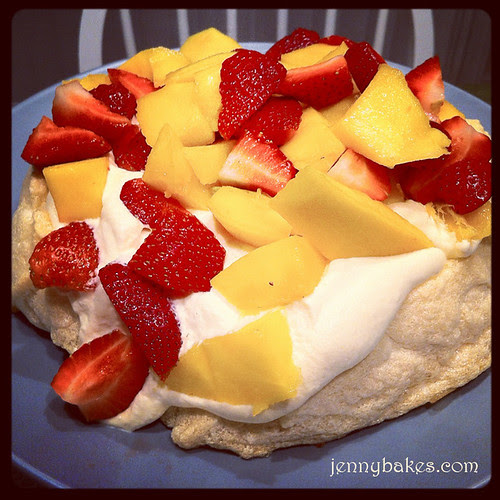 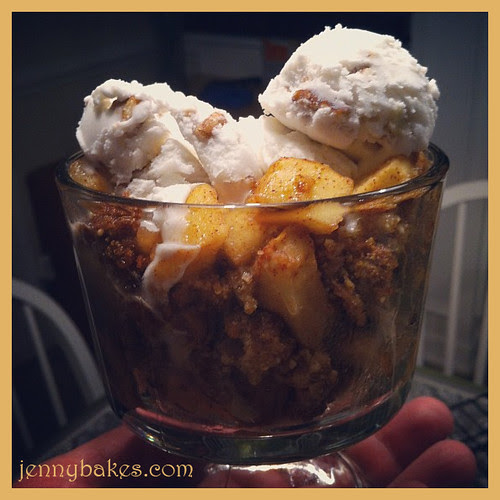 This is another version of that original strawberry rhubarb crisp recipe I developed, using almond flour, spices and brown sugar splenda instead of the more traditional flour and sugar.  (I didn't add teh flax seed or chickpea flour this time, just used 3/4 cup of almond flour). These apples are Mutsu apples from Justus Orchards in Hendersonville, NC.

This time around, I used walnuts and added extra spices to the apples.  If I made the apple version again, I would probably cook the apples a bit on the stove, because by the time the top had browned, the apples were still a bit too toothsome for my tastes.  I didn't want the topping to burn, so I took it out before the apples had fully cooked.  So if you were making it with apples, either pre-cook the apples or cover the entire thing with foil.

I topped this with the no sugar added butter pecan "frozen dessert" from So Delicious.  It is nicest once it starts to melt.  Autumn is the hardest season to go without traditional baked goods, and this was warm, spiced, and really hit the spot.
at 6:48 AM No comments: 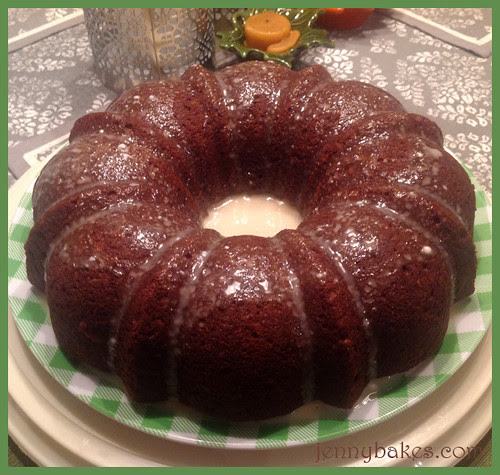 This cake is a lovely combination of pumpkin and molasses, with very little fat since pumpkin replaces most of it.  You can find the recipe over on Blommi.com.

I whirred the oats in the food processor, but didn't do it finely enough.  As a result, this cake had chewy bits that I would have preferred not to have in there.  I referred to it as a "breakfast cake," as if that would somehow pardon it.  The flavor is superb though!

I didn't make the topping as indicated in the original recipe, and just made a simple glaze.
at 5:41 PM 1 comment: 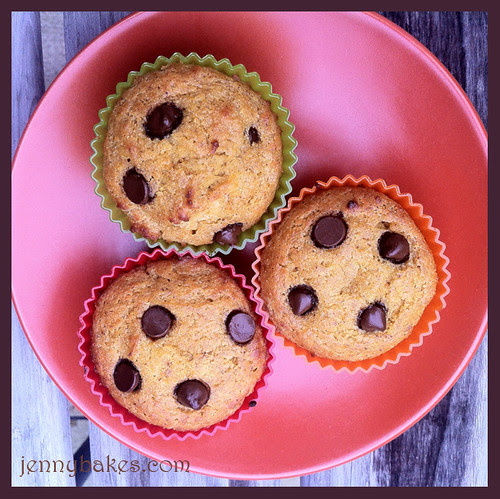 Pinterest has brought me many recipes to try in the past year, and I came across one recently for grain-free pumpkin muffins on the Balanced Bites blog.  I modified it and you will find my recipe below, but do check her blog out if you aren't as worried about cutting back on sugar.  I've also divided the recipe in half for my small household. 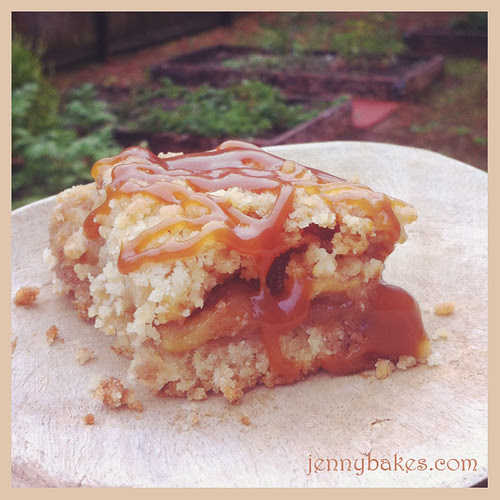 When I saw the recipe for salted caramel apple crumb bars over at Two Peas & Their Pod, I knew they were my destiny for fall.  I made this recipe as written, other than using Mutsu apples from Justus Orchard, and it was amazing and delicious.  I know that I resisted salted caramel for a long time, but I hereby instruct you NOT to leave out the salt.  It changes everything.  Without it, these are just super sweet.  With it, decadent and fallish.  I will make this recipe again!