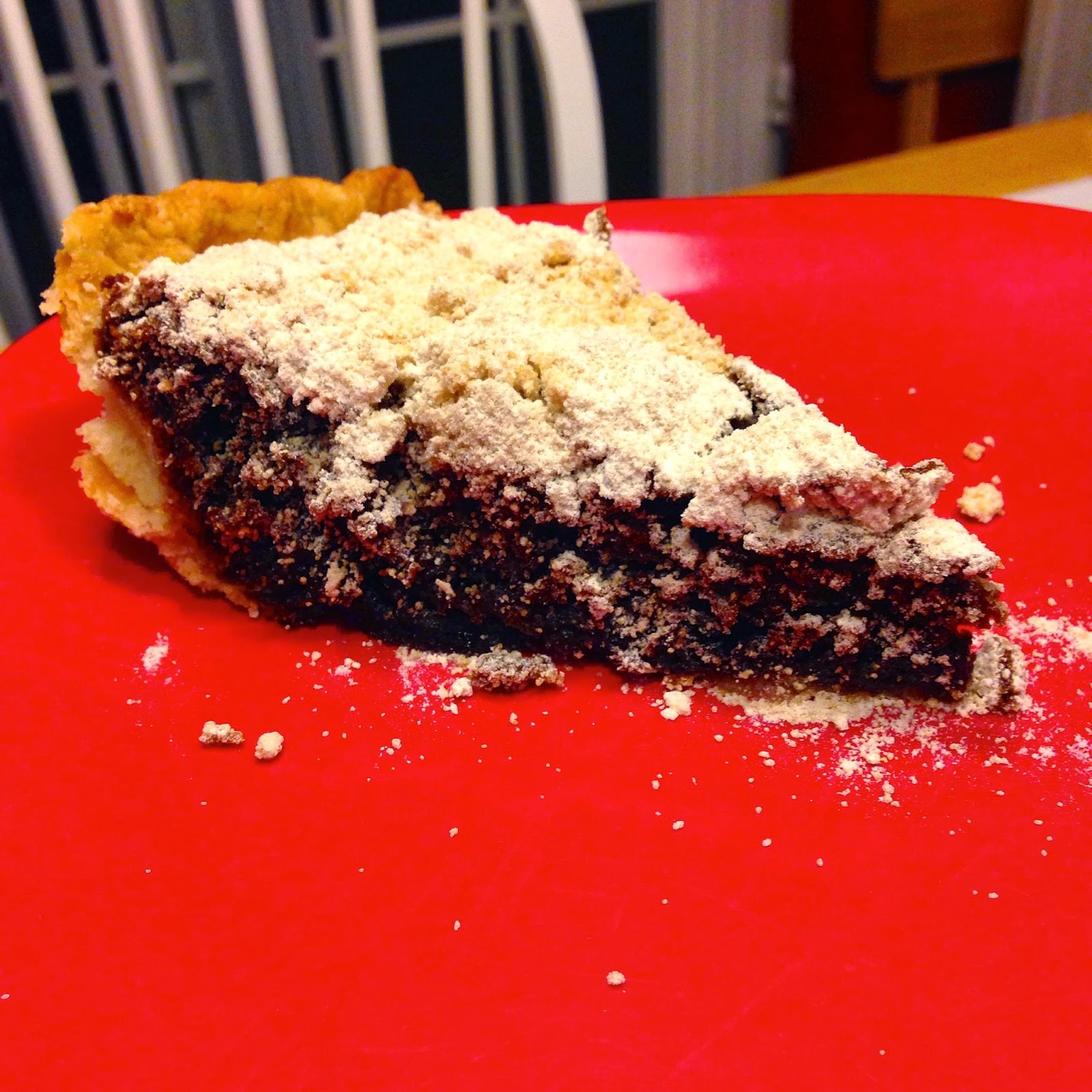 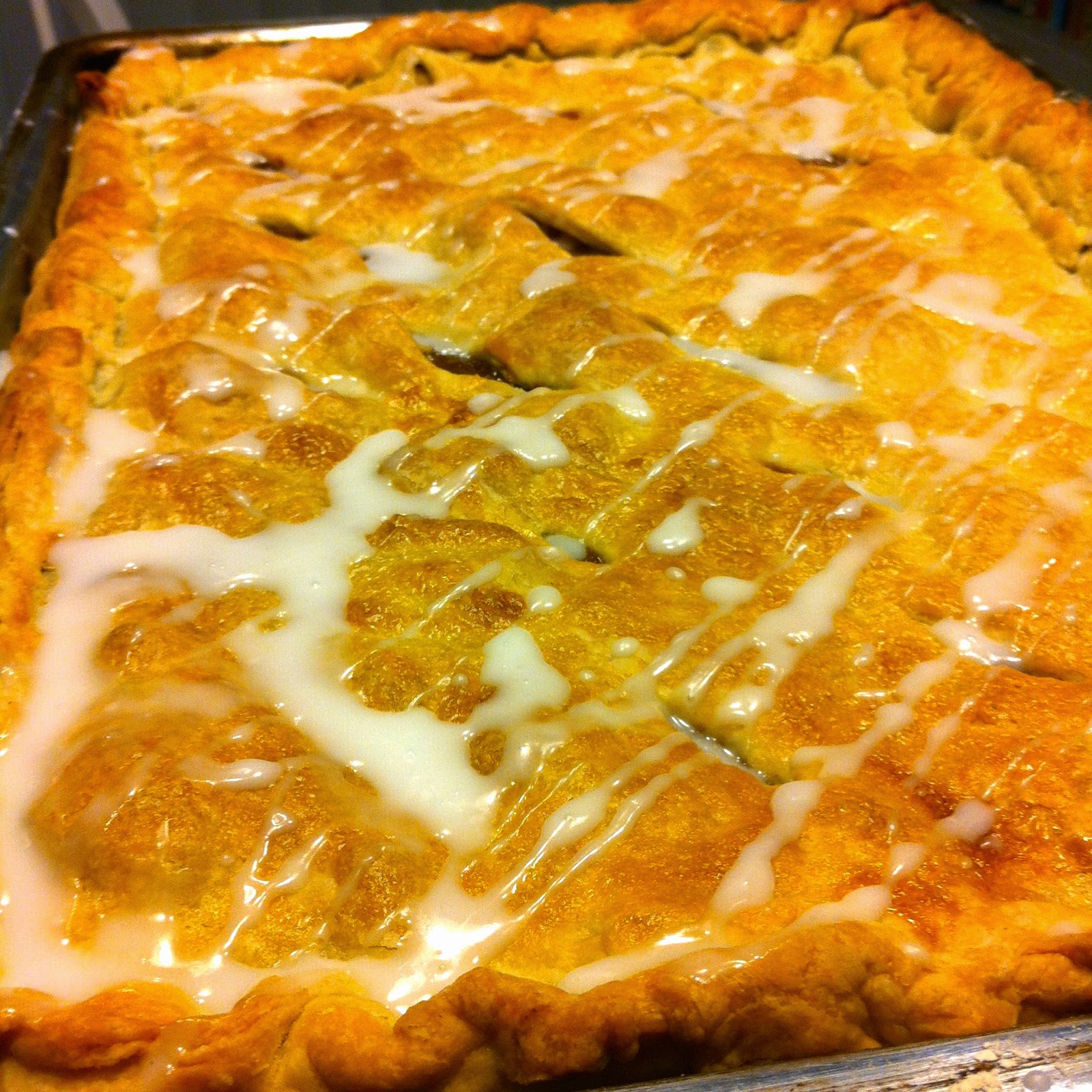 Apple Slab Pie is not a lot to look at. I found the recipe on the Smitten Kitchen blog (follow link for recipe) and wouldn't change a thing - the crust is perfect, the filling is perfect (I used mutsu and shizuka apples). I brushed the top with cream because that's what I had and it browned perfectly.  I baked it exactly 45 minutes. 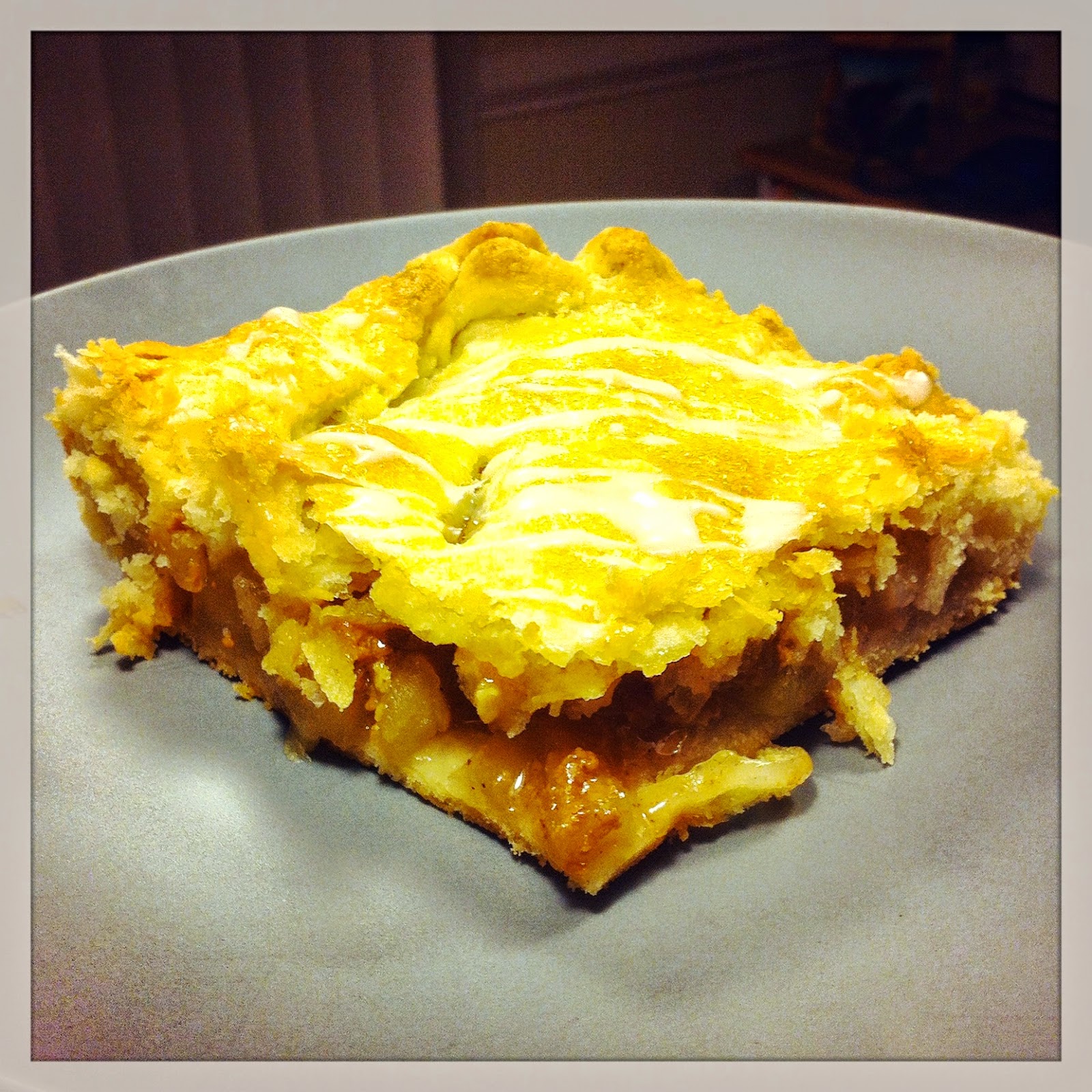 Slab pie feeds a crowd. Slab pie uses at least 8 cups of apples (if I were to change anything, mine could easily have used 10 cups!).  Slab pie is simple and doesn't require any fancy skills except maybe a light hand with pastry.  I'm not sure I'll make regular apple pie anymore.

ETA: I did glob on some dulce de leche from a can, on top of the apples before applying the top crust. I'm not sorry!