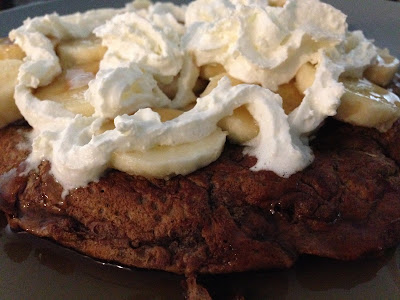 This is a version of the recipe that we have almost every Saturday. We vary it by making it as crepes and filling it with fruit, as pancakes and adding berries or sugar-free chocolate chips or nuts to the batter, or baking it in the oven with apples or stone fruit for another texture. Nathaniel was craving Mexican hot chocolate, so I added a few ingredients to our standard recipe.

Blend everything except chocolate chips together. (I use an immersion blender.) Heat small skillet pan to medium heat. Add about half the batter if you're making two thick pancakes, sprinkling chocolate chips in the pan if you choose to use them. Cook until set and flip.

We ate our pancakes with bananas, sugar-free maple syrup and sugar-free whipped cream. It would have been nice with pecans too!
at 12:00 AM No comments: 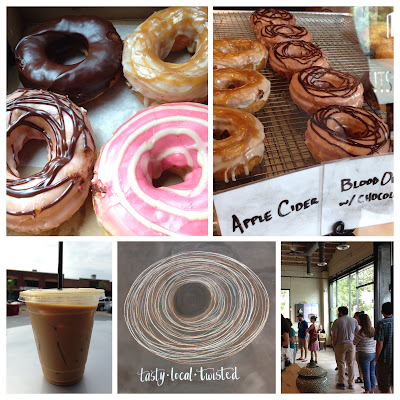 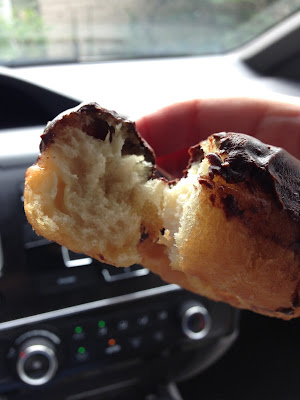 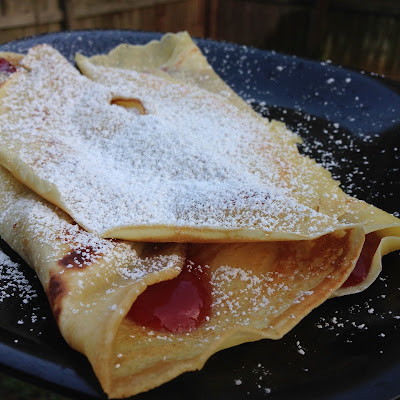 
Blend the milk, flour, sugar, eggs, and a pinch of salt in a blender. Melt 2 tbsp of the butter and add to the blender. Blend until smooth.

Melt 1 tsp butter in an 8-inch skillet. Coat the bottom of the pan with a very thin layer of batter. Basically make crepes, don’jt feel like typing it all. After flipping and cooking 30 seconds, while still in pan, put a heaping tablespoon of jam down the center of the crepe and roll up, pressing slightly. Transfer to a baking sheet. Cover with foil and place in the oven. Repeat to make 8, adding butter as you go. Sprinkle with confectioner’s sugar pushed through a sieve.

Like pancakes? I seem to make them from around the world! Check out the Finnish pannukakku, Icelandic pönnukökur, Papua New Guinean banana pancakes, the Danish ebleskiver, and what we call the German oven apple pancake. I also made ratio pancakes from Michael Ruhlman's book, which we can call American.
at 12:00 AM No comments:

PaleOMG remains one of my go-to websites particularly for weekend breakfasts, and this coffee cake banana bread is no exception. Since I now keep almond flour, coconut sugar, and coconut flour on hand, I had all the ingredients I needed. I did substitute coconut flour for maple syrup in the cake part and found it to definitely be sweet and moist enough with that substitution.

I'm even including a picture of the full loaf because I love how the streusel looks. 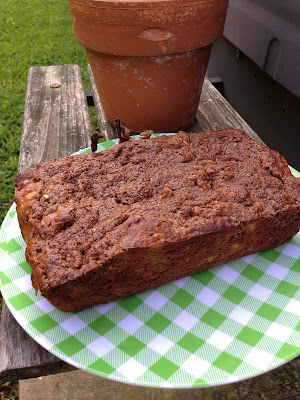 Ingredients
For the toppings
Instructions 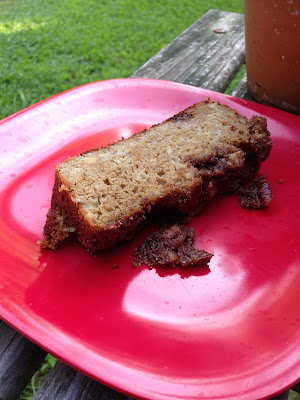