This month's Daring Bakers Challenge was on quick breads.  I was unable to participate because of travel and lingering illness, but please do check out the blog roll for a variety of delicious quick breads!

I wanted to take this opportunity to let you know that Google Friend Connect is disappearing as of March 1, at least for people who don't use Blogger.  Over the last five years, many of you have followed my blog this way.  I will not be creating a page in Google+ at this time, as I already have plenty of web presences to maintain online, even if that is what Google had intended.  If you are in the category of using Google Friend Connect but not Blogger, please continue to follow me by adding me to your RSS feed, following me in Facebook, or stalking me online.

Back to quick breads!  While I didn't bake anything for this challenge, I have made many a quick bread in my time.  Some highlights: 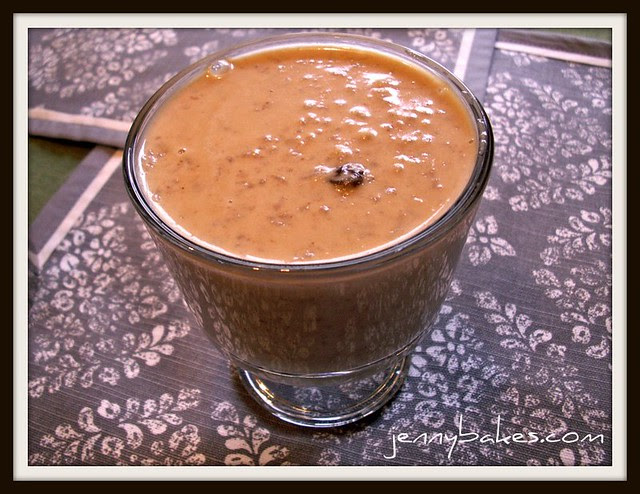 In my Around the World Reading Challenge, I read The Storyteller by Mario Vargas Llosa for Peru (you can read about it in my reading blog.) Much of the book takes place with the indigenous people living in the jungles of Peru.

I knew my Peruvian dessert would need to be something special. I was finding a lot of dishes with clear European influence, heavy on the dulce de leche, such as Suspiro a la Limeña, a very sweet meringue topped custard. This looks delicious, and I'd like to make it someday, but it did not seem quite unique enough. I also found a subset of anise-flavored desserts, which must be a Peruvian flavor profile, like the Turrón de Doña Pepa. Just looking at the picture made my teeth hurt. I started to talk to my friend Karen, who talked to her friend from Peru, and they suggested Arroz Zambito. The best recipe I found was over on the My Life in Peru site, where she explains the racial undertones to the word "zambito," but also states


"While it’s generally considered that the Spanish brought arroz con leche to Peru, the native Peruvians took the recipe and ran with it, turning it into something that is very Peruvian.  So if we can look past the racial connotations of the name, we can see how it perfectly fits, in this marriage of European and indigenous Latin American flavors."

This combination, of European and indigenous Latin American flavors, couldn't have been any more perfect to mirror the contrasts and conflicts in The Storyteller. 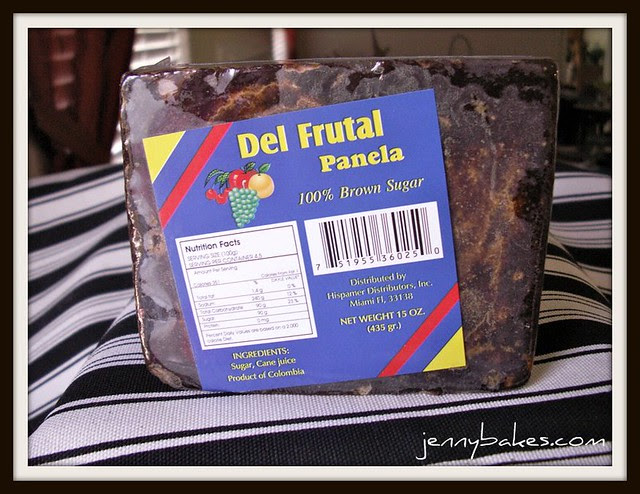 First I had to hunt down chancaca, a key flavor ingredient to the Arroz Zambito.  Chancaca, also known as panela, raspadura or piloncillo, depending on which part of Latin America you come from, is basically what is left after the moisture is evaporated out of cane sugar.  I had to go to a local supermercado to find any, but they had an entire shelf.  It is a hard block and has to be grated before use.  It doesn't just fall apart on its own, that's for sure.  I got worn out after 3/4 cup or so, so my Arroz Zambito may be a little less sweet than it should have been.  That's okay with me since I haven't been eating a lot of sugar lately!  The raisins, as they cook in the arroz zambito, get dark and syrupy too, so every time you bite into one it is like a pulse of sweetness.

The picture at the top is a bit misleading, because I left the rest on low heat, and more of the liquid evaporated, meaning it was a little denser than as pictured.  I think that's what you want - not soup, but a creamy mouthful.  I have no problem admitting that I was home sick yesterday, and made this for breakfast.  Can you have better comfort food than a warm, spicy, rice dish?  This isn't just regular rice pudding. The spices and panela/chancaca make a big difference in flavor and dimension.  I now have a half-block of panela left, and I may try this chancaca syrup.

Arroz Zambito (recipe from My Life in Peru)

Ingredients:
How to Make It:
Serve in a bowl, sprinkled with grated coconut and cinnamon, if desired. 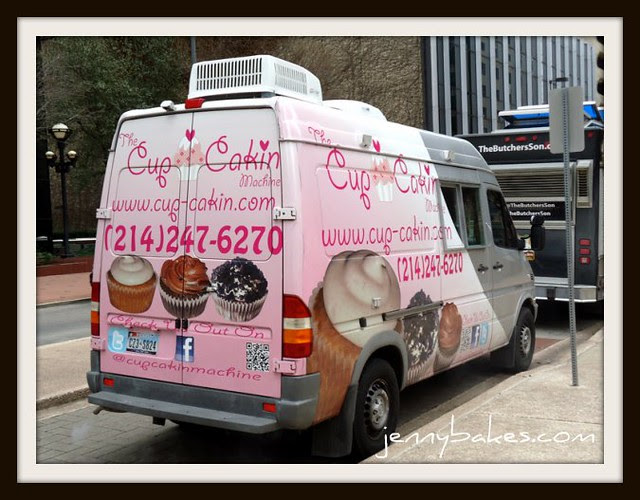 Food trucks are trendy right now, but I don't have any in MY city, so it was still an inexperienced phenomenon for me.  Then I hit Dallas, Texas for the annual MOUG and MLA Meetings, where I was bound to connect with my BlogFan for Adventure #3.  I had done a little research, and other than a tortilla factory in a suburb that would have been impossible to get to without a car, none of the bakeries of Dallas were really calling my name. 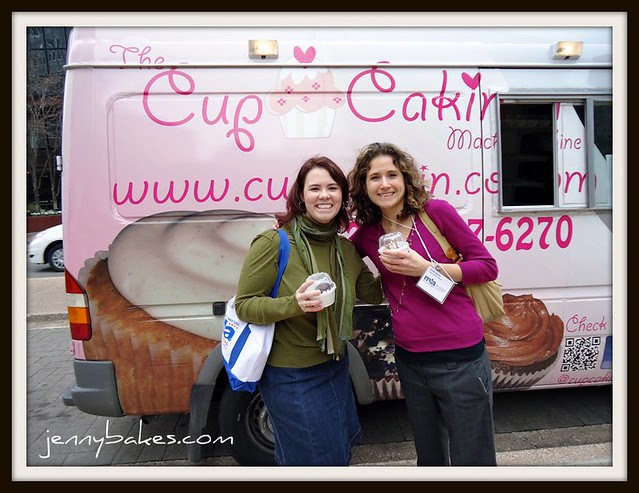 Luckily, Emily (BlogFan) had also been doing some research, and had found a cupcake truck! The Cup-Cakin' Machine can be seen around Dallas, and you can always find their schedule by following them in Facebook or Twitter. That's what she had done, and on Thursday, they were in Thanksgiving Square, a short walk from the Fairmont Hotel. We braved the coldish weather for our cupcakes, and brought Sara along too.  It was too cold to eat outside, so we brought them back to the hotel.  (You can follow our previous adventures in Philadelphia and San Diego, and there will be more to come, as long as we are both music librarians!) 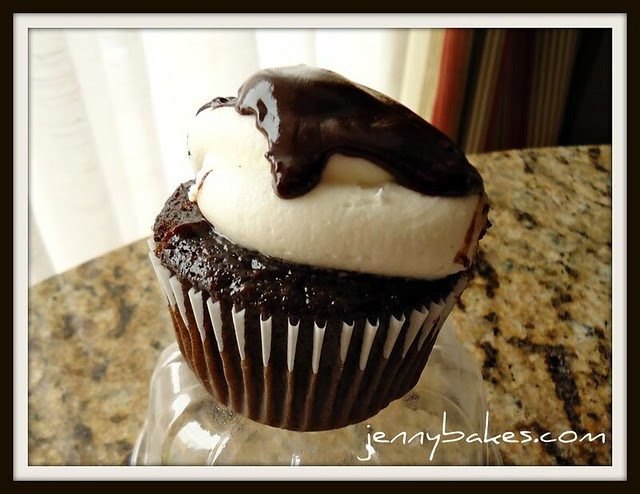 They had 6-8 flavors available that day, and I chose the triple chocolate threat. It was delicious - the cake part was moist and soft, and actually tasted like chocolate. The white chocolate buttercream was thick and sweet but not greasy, and the ganache on top was a nice touch.