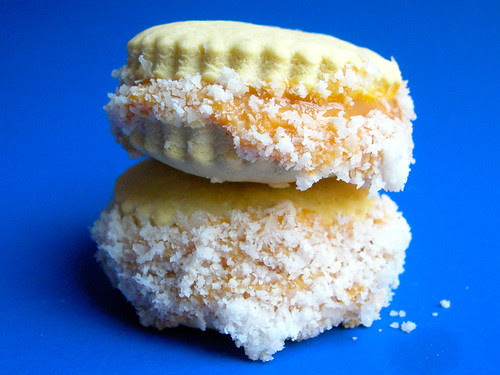 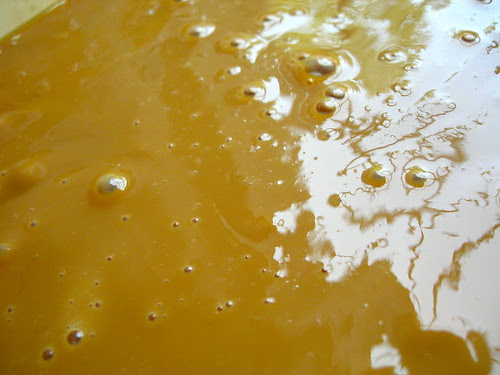 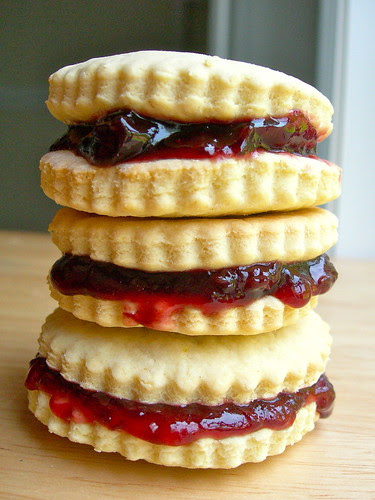 With some of the cookies, I tried jam in the middle. If anyone has a magic formula for sandwich cookies, I'd love to hear it. When they are this substantial they are impossible to eat without everything oozing everywhere!
at 11:42 PM

The alfajores I recall (from spending a summer in Argentina) weren't shortbread, they were more of a tea-cake.

David-
This is the exact recipe I ended up using! It seemed like a lot of blogs were pointing to it, and my friend's Dad's recipe was in grams, and I didn't feel like pulling out the scale (lazy).

Hmm. Well. Could it be the dulce de leche was too thin? You can recycle it into iced cream, now, if so.

The dulce de leche I'm familiar with is thick enough to spread upon bread, without getting too runny. Once it's spread, it really won't run off. It's more the consistency of a smooth peanut butter than caramel.

mmm they look so tasty