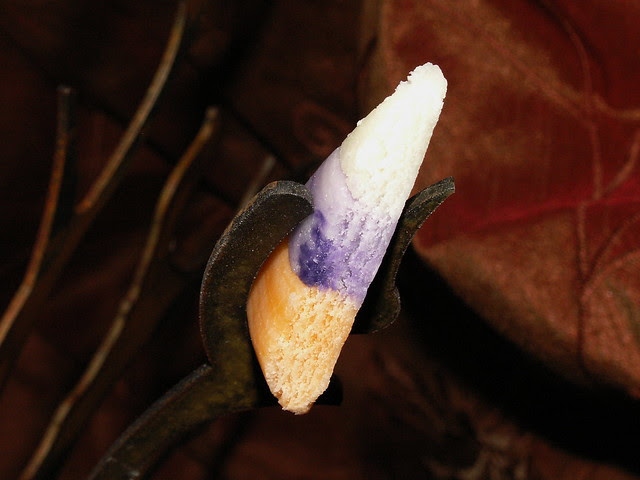 Happy Halloween! I was originally planning to bring this to a work party, but I'm going to have to make apple cake or something else, because I don't think I need to try a recipe more than two times!

Ever since I saw the Cakespy post on homemade candy corn, I have intended to try making this sugary treat. I couldn't believe the response from people.

"Why would you do that?"

As anyone who knows me knows, these types of comments only made me want to make candy corn from scratch that much more!

I tried for the first time last night, using Cakespy's recipe as written. I got about 3 minutes into the cooking time and my instincts told me to pull it off the heat, but I didn't listen. Well hello, following my instincts lesson. Nice to see you again.

By the time the mixture had even partially cooled, it was all dry, crumbled, and impossible to get out of the pan. Total failure, I didn't even take pictures.

In the comments of Jessie's original post, there was a link to a similar recipe in The Washington Post, which included a cooking temperature instead of just minutes. I was just about right with my gut reaction the first time around, because the mixture reached 225 at 3 minutes in. 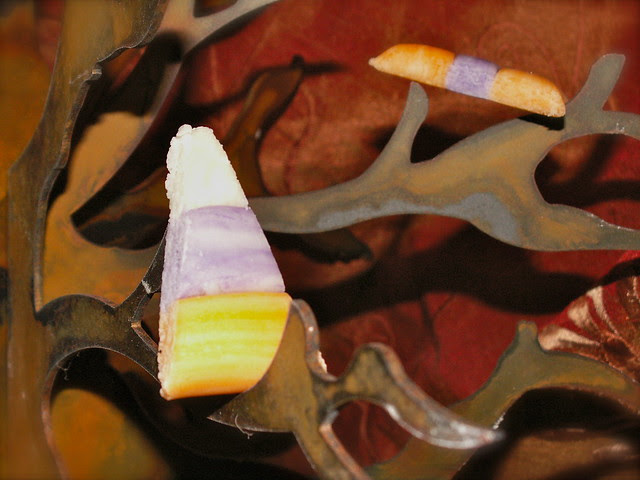 The next stage is the other part of the recipe that hasn't worked well, where you let the mixture cool. The recipe says 30 minutes to an hour, but I only waited 30 and that wasn't enough time to work with the mixture before it was too dried out and crumbly to properly knead and work color into. I was only able to make candy corn with about 1/4 of the mixture, and even that didn't stick together very well between the colors. I think the value of the commercial candy corn made by machines instead of by hand is that they can add color to magma-hot boiling sugar without fear of injury. I'm just not sure that this recipe is a great idea for the home cook.

I think they look fabulous! That's part of the fun, though: getting the recipe to work.