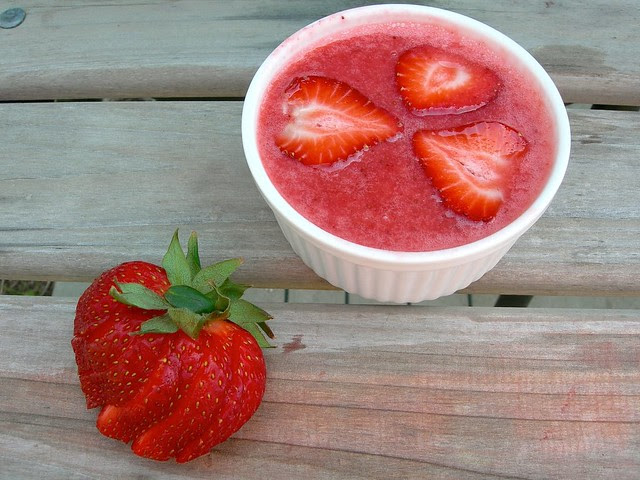 But then something miraculous happened. I had left it out to thaw, and ten minutes later it was still hard as a rock, so I kind of forgot about it. A few hours later, half of it was still a soft solid, but the rest was a beautiful soupy texture. Why throw it out? Strawberries, rice milk, sugar, honey, and kirsch make for pretty amazing strawberry soup. Plus it is getting warm but isn't quite ice cream weather. A chilled soup is just about perfect for the start of our strawberry season.
at 3:59 PM