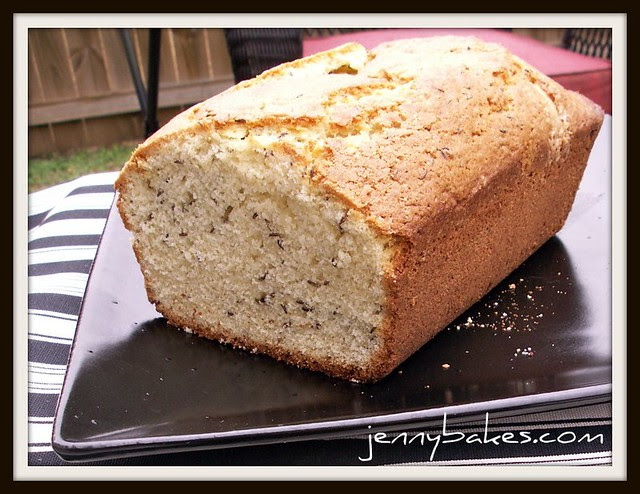 In Dubliners by James Joyce, there is a story called Counterparts.  The main character, Farrington, moves in and out of pubs in Dublin.  As I was reading the stories in this volume, I started marking the food words that I hadn't experienced so I could research them later - barmbracks, blancmange, and then what is mentioned in this passage:


"The curate brought him a glass of plain porter. The man drank it at a gulp and asked for a caraway seed. He put his penny on the counter and, leaving the curate to grope for it in the gloom, retreated out of the snug as furtively as he had entered it."

While Joyce may have meant a literal caraway seed (this could be a drinking tradition), any search I did of "caraway seed" and Ireland brought me to a variation of the caraway seed cake!  I have had bread with caraway seed in it before, but never something sweet.  I'd already made soda bread in the past, and endless scones, so I was looking for something new to me.

Caraway seed bread may be new to me, but it isn't new to Ireland.  According to Imen over on the I Married an Irish Farmer blog, caraway seed cake is merely a variation of the Madeira cake, which dates back at least to the 18th century in Ireland.  The Maderia cake, really just a pound cake of sorts, is thought to have been developed to eat while sipping Madeira or port wine.  It is very much an afternoon tea type cake, and would have been far more likely to be consumed by women, in groups.  She has a recipe on her site, but I found a version I wanted to try over on Rosa's Yummy Yums.  Rosa is someone I've "known" for several years through the Daring Bakers, so I trusted her recipe!  The two recipes aren't much different - Rosa adds a bit of almond meal and uses orange zest for the lemon, while I went back to the lemon for a more traditional flavor profile.  We will just pretend that Rosa doesn't call this an English cake.  I'm sure it is impossible to keep delicious baked goods a secret for long anyway! 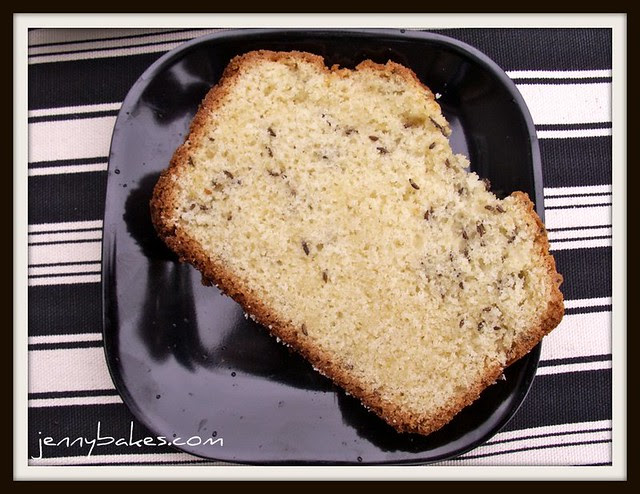 It is my personal opinion that since this is so close to a pound cake, you probably want to serve it with something, like fruit and whipped cream or some kind of spread.  It could be that I'm just not pound cake's biggest fan.

I made this to accompany my Irish reads for the Around the World Challenge.  Both were easy reads, and recommended.
Dubliners by James Joyce (my review)
A Greyhound of a Girl by Roddy Doyle (my review)
at 4:26 PM

What a lovely post and gorgeous looking cake! Thanks so much for the kind words and for being one of my faithful readers. :-D

Oh, Jenny - what a lovely, moist anf delicious take on Rosa's cake! Caraway seeds in cake is brilliant! Cab;t wait to try it!

I have never caraway seed bread but from the looks of it, it looks like a treat I would not want to pass on.

Today I made this loaf cake, and while it was good, I did a double check on Rose's Yummy Yum to see any variations. That is when I saw it. SALT. You forgot to add the salt to your recipe. Mind you, this was a test loaf as I will be making it again this weekend for a lady who is 92 years old and remembers this from her youth. I will add the salt in the next recipe. I also wrote it in so that I will not forget. Just wanted you to know. Thank you for the recipe as it sure is a good one.