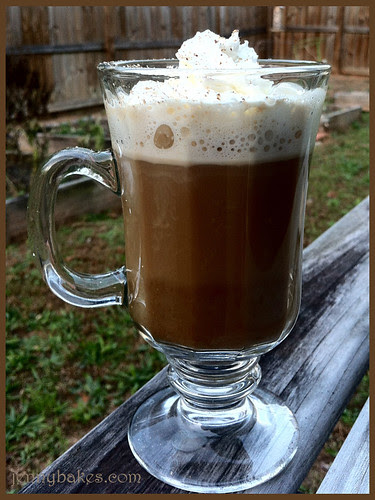 You could also make a latte version, as Maya originally did, but we don't have an espresso machine at home.  Even "just" in coffee, this is a delicious drink for fall!  It is currently fueling my NaNoWriMo writing sprees, where I am almost to 7,500 words on day three.  Phew.
at 10:01 PM