(In case you don't get the reference, the title is modeled after the brilliant show Comedians in Cars Getting Coffee featuring Jerry Seinfield and friends.) 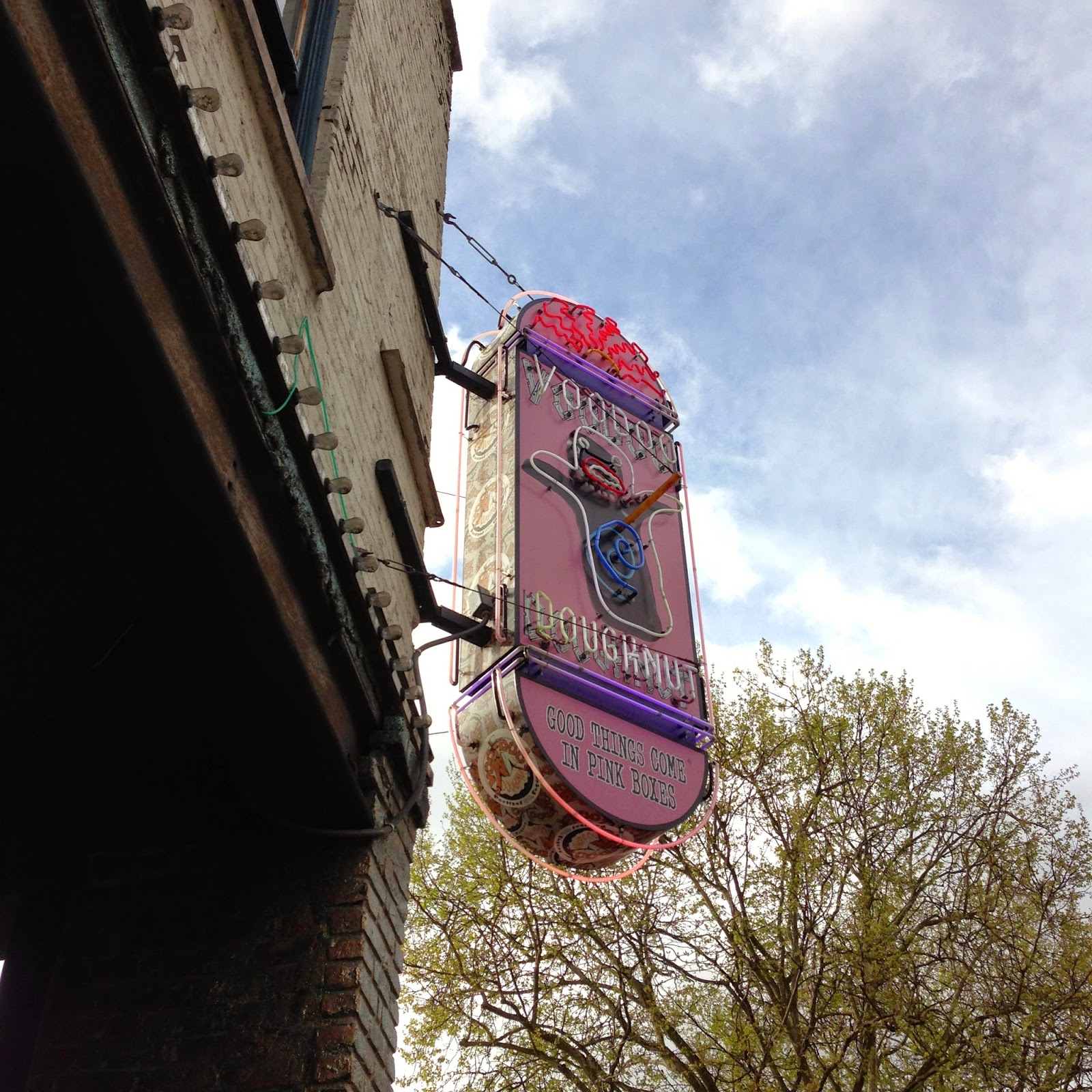 I was recently in Portland for a conference and despite three weeks in Oregon last summer, I had neglected a visit to the tourist haven, Voodoo Doughnut. This doughnut shop (and extensions) is open 24 hours almost every day, and often doughnut buyers have to stand in line. 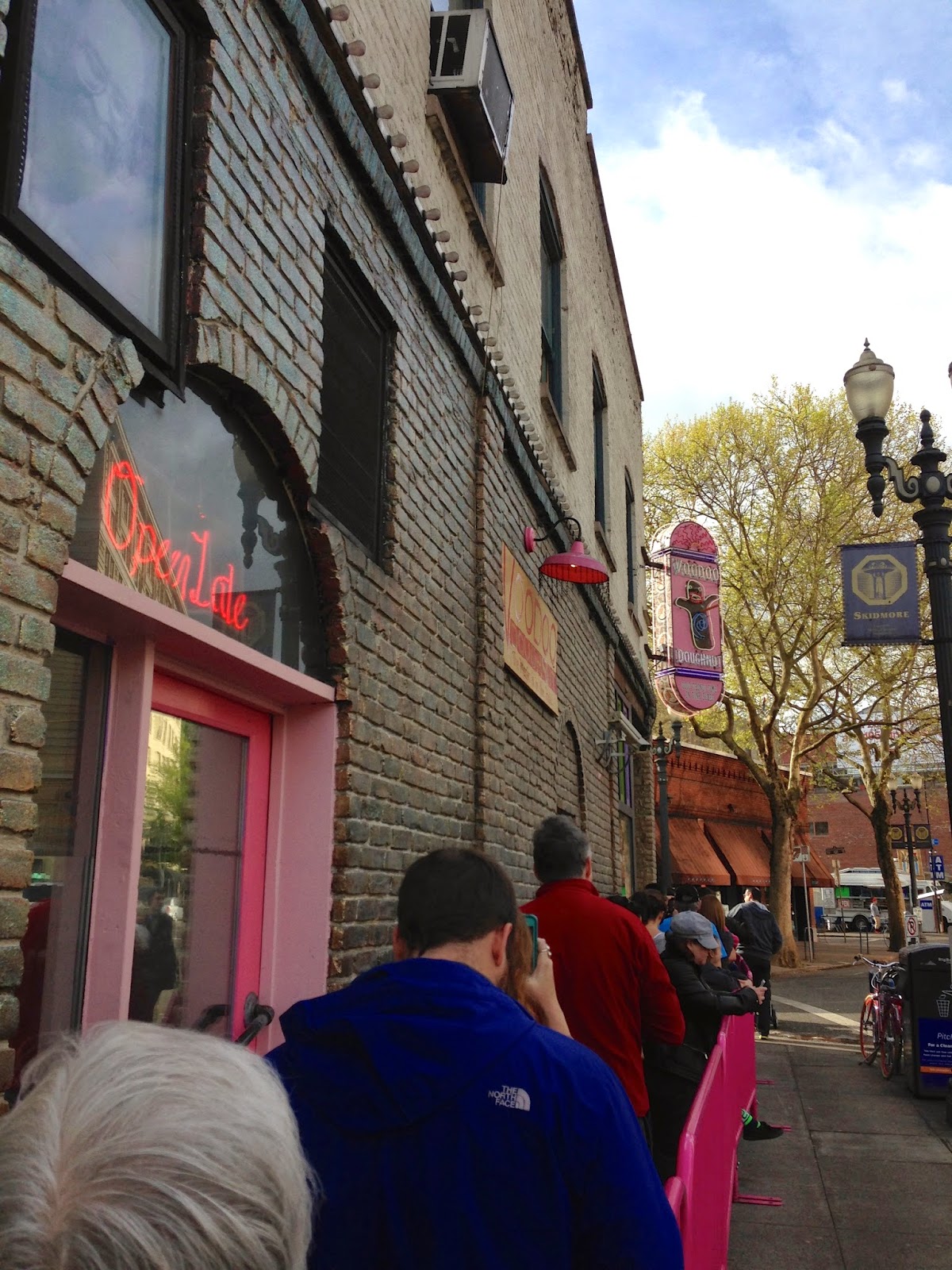 Despite the line, and the cash-only requirements, you can get in and out pretty quickly. I found the ordering stage to be a bit overwhelming because while the names of the doughnuts are grouped by type, the descriptions are only found on their website.  A poke around the website reveals doughnuts named after regions (Portland Cream, McMinnville Cream), people (Gay Bar, the Rapper's Delight trio - Old Dirty Bastard, Marshall Mathers, and Maple Blazer Blunt), and other elements of quirk or theme (Voodoo Doughnut, Diablos Rex, Cock and Balls.) Other librarians at my conference had trekked to Voodoo before I had, and a conversation I overheard pretty much sums it up. "Well, they taste like doughnuts!" Well, exactly.  It isn't as if they've reinvented doughnuts. They've been cheeky about them, and added more things on top than most people do, and they are in prime real estate right off the Skidmore Fountain MAX stop and Portland Saturday Market.  But when you put cookies or cereal (or even bacon) on top of frosting, it gets soggy. And they're... really just doughnuts.  They're cheap, not fast food doughnut cheap but not as expensive as another doughnut-trend Portland place I will review in my next post.  They are more kitsch souvenir than gastronomic miracle. 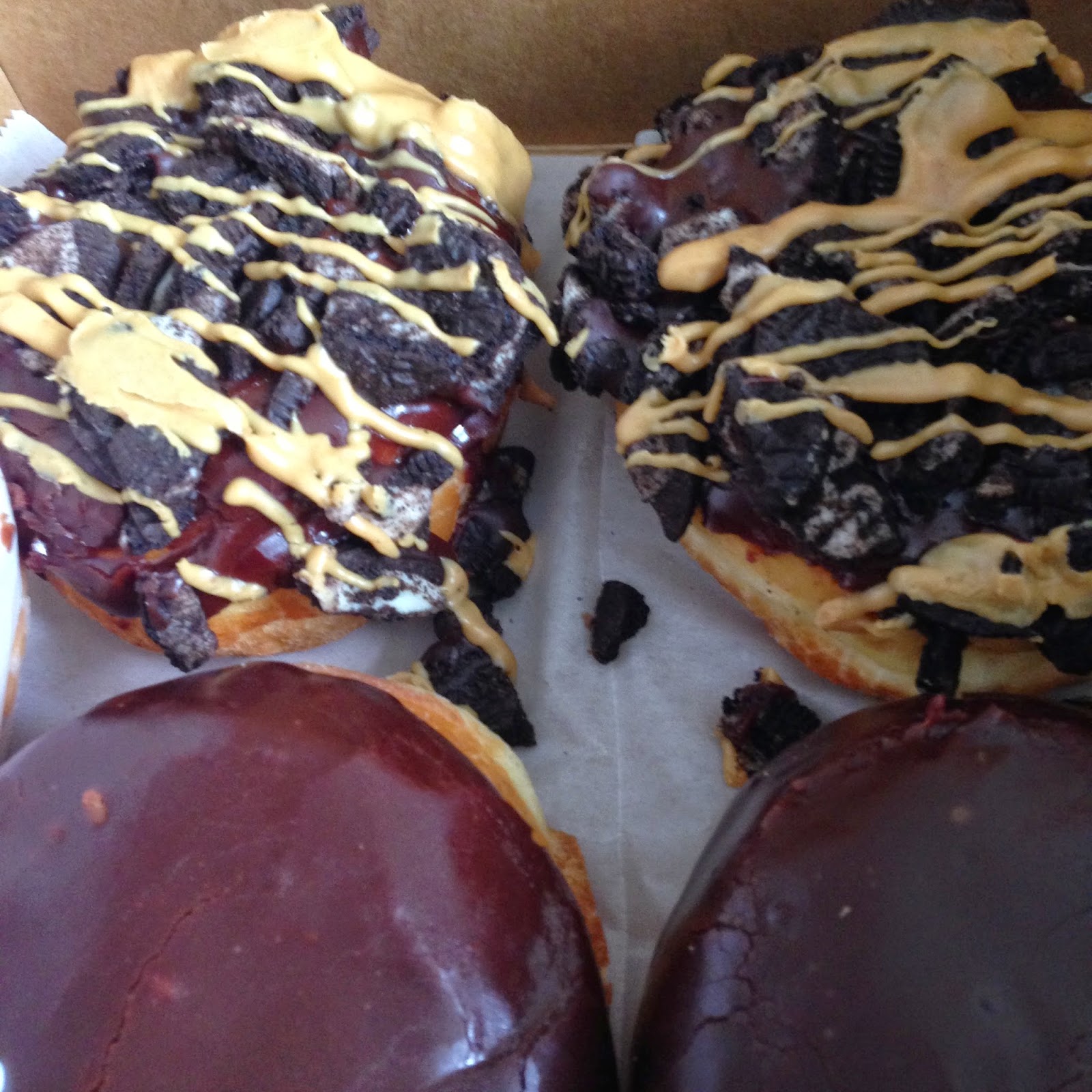 But still. I had to do it. And that explains the lines of people who stand next to the glitter bricks, waiting for their chance.