I declared November to be New Zealand November. If you are interested in what I'm reading, you can check out my initial post as well as my first week update.

One of the first books I read was the first volume of an autobiography by Lauris Dorothy Edmond - Hot October. Edmond is a well-loved New Zealand poet. You can read more about her life in my book review, but the book was also useful as an insight into food of the 1930s and 1940s. The following passage comes from her childhood.


"Greenmeadows was a village, and we took part in local activities and performances without question. Our mother was a faithful member of the Women's Institute, intermittently secretary or president of the Gardening Circle and always president of the Drama Circle. They wrote away to Samuel French and Co for hired sets of plays, English drawing-room comedies mostly, and either rehearsed or performed them in the Taradale Town Hall or did readings in one another's sitting rooms.  When it was our turn there was much preparation, the making of peanut brownies, rock cakes, Sydney Special (a concoction of rolled oats, coconut, sugar, butter, also known as Doormat) and orange cake."

Doormat! Well I did find a recipe for Sydney Special but that will be a post for another day. I decided to make rock cakes one morning when I had a few hours before work. Rock cakes are very similar to scones but include eggs, which a traditional scone would not do. You can find them all over the British empire so while I found some New Zealand recipes, I ended up making a version of an Caribbean one. I liked the use of sultanas and coconut in this one, which was pretty standard for the recipes I found from NZ too. Despite its British empire, NZ is located in a place with easy access to coconut! Even in Edmond's childhood, that would not have been a surprising ingredient. 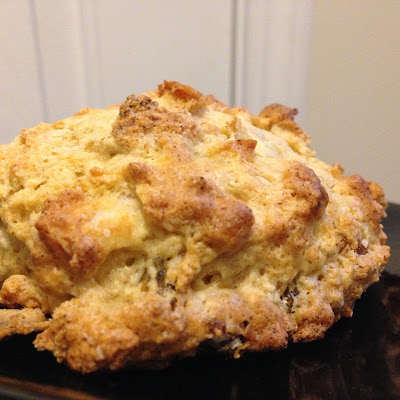 Coconut and Sultana Rock Cakes
(adapted from recipe for Coconut Rock Buns by Immaculate Bites, an Afro-Caribbean cooking blog, which she adapted from Trini Gourmet.)
Ingredients
Instructions
at 12:00 AM