This was the other pie I made from Secrets of a Hutterite Kitchen by Mary-Ann Kirkby. Partly, I was intrigued by cottage cheese in a pie. But she also mentions in passing that sometimes this is served for breakfast or the tea-time meal lunche. 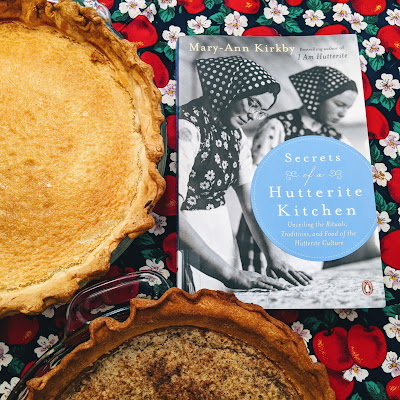 It definitely tastes better cool than warm, in my opinion, kind of like a custard rather than a cheesecake, which I think I was expecting. I think in previous Hutterite books they may have mentioned using raisins in this pie, and while that sounded weird, now that I've tasted it, I can actually see that working. Maybe with a little bit of rum to soak the raisins in, you could have a rum raisin schuten pie! 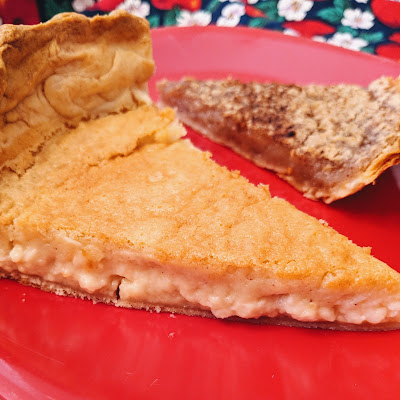 Stir all the ingredients together and pour into an unbaked pie crust. Bake at 350 F for approximately 45 minutes.