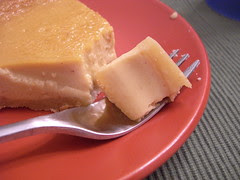 Nutmeg Maple Cream Pie
Originally uploaded by watchjennybake.
Every year we try to do something different for Thanksgiving. Since we are vegetarians, there is no meat to put at the center. One year we had mushroom crepes, another year was Moroccan filo crescents. This year Nathaniel suggested Native American food.

Quite a few things Americans typically eat for Thanksgiving are inspired by that original meal shared by the locals and the pilgrims, but I tried to dig a little deeper. I got a bunch of cookbooks from the library and looked online. The best two were Foods of the Americas by Fernando and Marlene Divina and Spirit of the Harvest by Beverly Cox and Martin Jacobs. 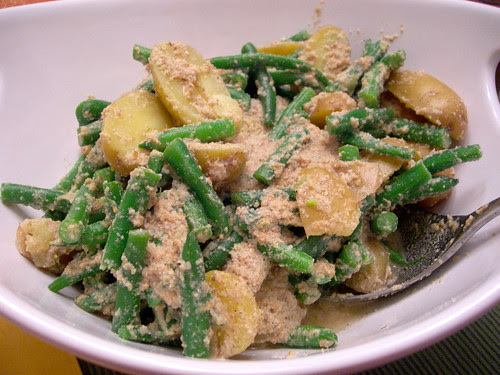 I never really nailed down a "main dish" per se, but we had a fun meal of posole, Creek corn pudding, Guatemalan Green Bean and Potato Salad (pictured), fry bread with local honey and cinnamon apple butter, and iced herbal tea.

I had planned to make another pudding for dessert - the traditional Native American kind with corn and milk and molasses, but ran out of steam. Besides that, I've had this recipe for Nutmeg-Maple Cream Pie bookmarked for years, and decided this was the time. I can justify it - maple, cream, nutmeg - surely these are native ingredients. :) It was light, creamy, and subtly sweet. Delicious, and probably my favorite part of the meal (the potato green bean salad would be a close second). The only change I made in the recipe was to use Julia Child's shortcrust, since it is my new staple crust recipe. 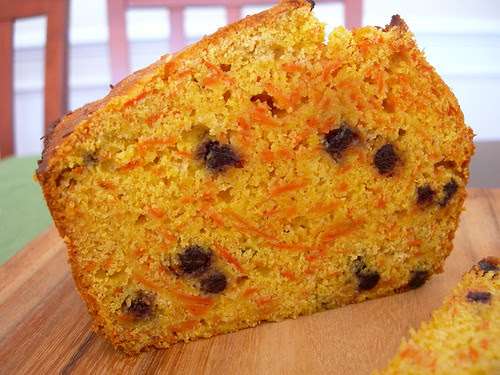 Earlier that day, I made a bread for breakfast that was more of a cornbread, from the Spirit of the Harvest cookbook. We ate it with honey and hot Sweet Potato Tea from Adagio.

I also made the maple nutmeg cream pie/tart/thing! I made it last year and fell in love with the recipe, so it was a no-brainer that it would make a repeat appearance this year. I even added a shot of bourbon to the reducing maple syrup! mmmmm

this bread looks so delicious!!