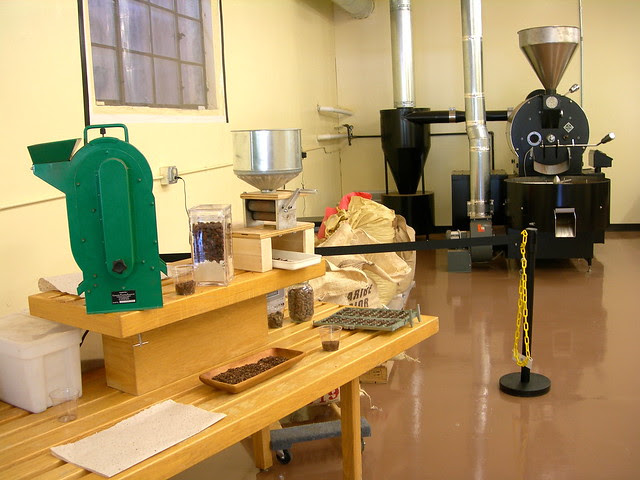 Last weekend, Nathaniel and I had the opportunity to tour the Cocoa Roastery at Black Mountain Chocolate. It was a special treat to meet one of the handful of artisanal chocolate makers in the entire country and to hear about his creative journey, as well as having a tour of how the chocolate is actually made. With a little pleading of some of the other tour members, we even got to taste a tiny batch of cocoa beans that had been grinding in a smaller machine that he learned cocoa roasting on (surprisingly delicious despite being incredibly bitter). I left giddy. Maybe it was the aroma of chocolate in the air. Maybe it was getting to witness chocolate at its source. I left with ideas whirling through my head of what I wanted to try. 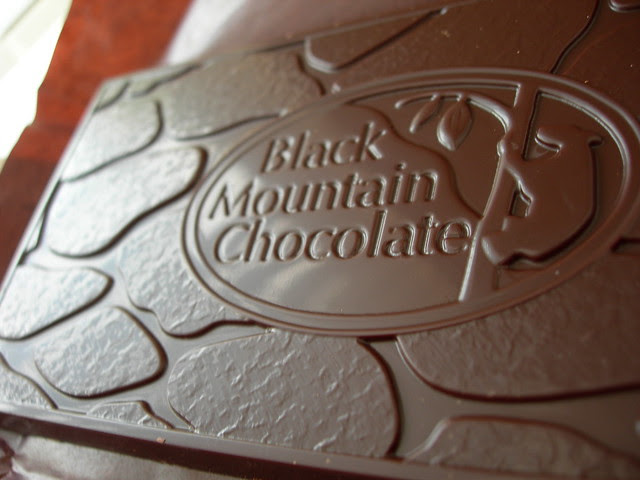 Have you ever tasted fresh chocolate? I mean really fresh, from bean to bar? At the end of the tour we tasted the most recent batch (labeled 70% cacao) and bought some to bring home too. To me, fresh chocolate from Black Mountain Chocolate is slightly fruity with this roundness to it. The bars have a great shine and snap to them, just as they should.

If you are close to North Carolina, you should sign up for a Cocoa Roastery. These smaller tours are a new thing, but it looks like they'll be doing them every Saturday through the end of the year. You can also follow them in Facebook and Twitter.

Stay tuned for experiments with the chocolate that I brought home with me. I'm not going to lie - it is tempting to just eat it plain rather than risk muting the flavor in some kind of baked good. But I had some ideas....
at 9:55 PM

Looks like some truly good ingredient, there. Makes me want to make chocolate pudding.