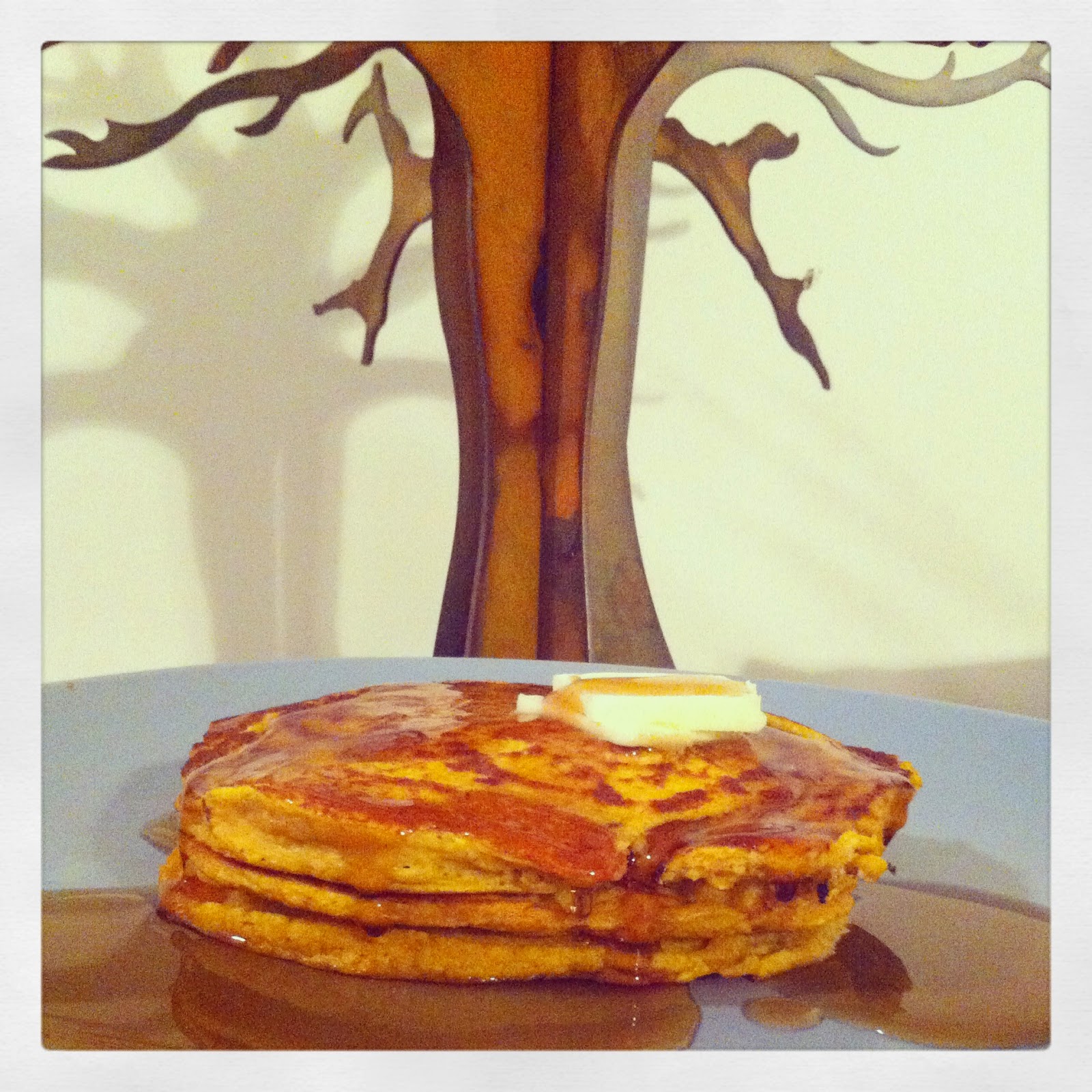 I came across this recipe for pumpkin protein pancakes and made a version based on what I had in hand.  Follow the link for a slighty higher-sugar yet lower-fat version.

Blend all ingredients except butter in blender, scraping down sides. Batter is quite thick and may need to be spooned into the pan. Cook as you normally cook pancakes, using a bit of butter and non-stick spray for each.

I found that I had to really make sure the center was cooked, and those a bit darker on the outside were a bit better.