When I posted about Emirati pancakes, I mentioned that everyone has a different version of that recipe, well that is also going to be true about Balaleet. I have seen so many YouTube videos of a variety of techniques that I will be sharing more of a method, even though I used the recipe from Feast like last time. Wikipedia says balaleet "traditionally consists of vermicelli sweetened with sugar, cardamom, rose water and saffron, and served with an overlying egg omelette." Vermicelli is a kind of pasta, it's true, but in this case, it is served partially sweet. I believe this is influenced by Indian cuisine that traveled to this region because you can find vermicelli in sweet rice puddings and even sweet drinks like falooda. 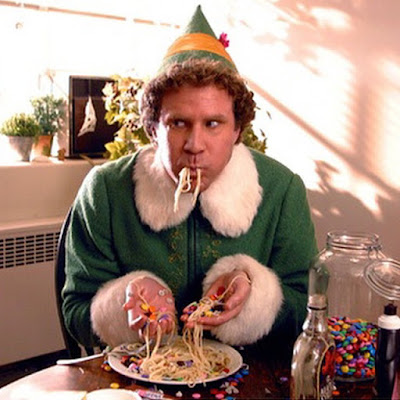 Just to get my initial impressions out of the way, I find it impossible to think of a sweet pasta without immediately thinking of Buddy the Elf as immortalized by Will Farrell. He adds candy and maple syrup to his spaghetti. I fully expected this dish to be sweet like that, but it really isn't. 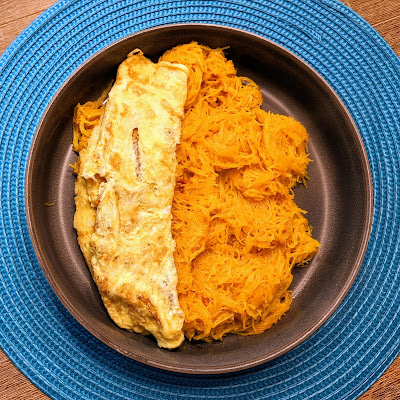 Some recipes toast the vermicelli to a golden brown. Some toast half and keep half untoasted. Some don't toast the vermicelli and darken it with saffron or fake saffron coloring. I think the toasting would add more flavor, and I ended up wishing I'd done more of that. I've seen some recipes that also include toasted nuts. I had soaked my saffron in rosewater and added all the required spices but it had less flavor than I thought it would. I felt I could kind of take it or leave it, and it was a lot of work to have that impression.

To me what was really tasty and I'd love to make again is the eggs! I've never added spices to scrambled eggs, and I liked both the coriander from the recipe and the cardamom that came over from the noodles in with the eggs. It reminded me of how my Mom would cook up the last of the french toast milky eggs after making french toast, so maybe it's more the nostalgia element than anything else.