Uzbek Sambusa and My Cooking Class with the League of Kitchens

A few weeks ago, I got to participate in an online cooking class from League of Kitchens. LoK is an organization in New York that works with women from many different countries to teach how to cook their food. The class my husband bought for me was with Damira, from Uzbekistan. For a long time, these classes were taught in person, but our current situation forced them to move the classes online, which also opened them up for a wider audience. Lucky for me, who lives far from New York. I had been following them in Instagram already, just because I was hoping they would come out with a cookbook, since many of the women are from places I have been reading about and trying to learn how to cook from. 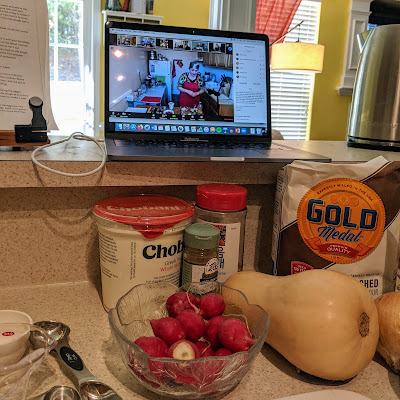 Last year, I read a novel from Uzbekistan in my year of the Stans (The Devil's Dance by Hamid Ismailov), and at Thanksgiving I tried to make a dumpling that was similar to the ingredients of the recipe we made together in this class, but not the final result.

For courtesy sake, I will not be posting the recipe here, but I encourage you to check out their website (not a paid advertisement) and take a class yourself. They are super organized - they sent the recipe, background information, and an ingredient list ahead of time, telling you what to prep and what to leave alone. There is a person who isn't the teacher running all the technology so the cook can focus on those instructions. She checked in with us and continually made sure we were ready to move on to the next phase, and weighed in on whether or not our sambusas were cooked enough. The class was long enough for us to prep and cook the meal, and there is even time at the end to eat together. In the class I took, some family members were sharing the experience from different states. 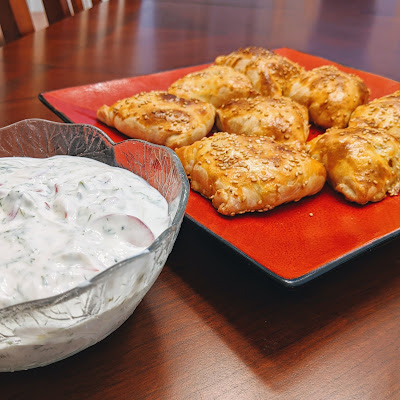 Uzbekistan was part of the very well known silk road, an important avenue for travel and trade. It should not be too surprising that the sambusa is related to the samosa and many other dishes of similar names.

The dough was interesting because it was possibly more similar to cong you bing, the Chinese scallion pancake I had previously attempted. It is made in a way that makes a quick lamination which results in flaky, crispy dough in under an hour. I was impressed with myself! The filling was butternut squash, onion, and cumin seed. I did not know if it would cook but it was perfect, not crunchy at all (again, unlike my Thanksgiving dumplings from Turkmenistan that failed.) 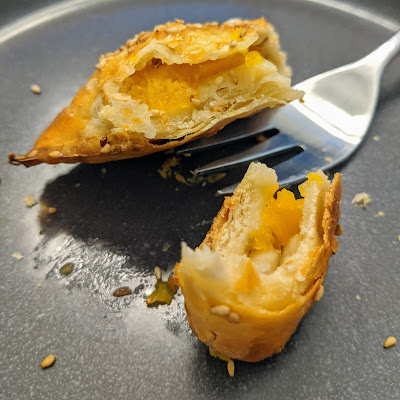 We made a radish and yogurt salad with a lot of herbs in it to go on the side. I ended up scooping some up on my sambusas because they went well together. I think the filling options are endless for these, and I hope to make them again soon.
at 12:00 AM