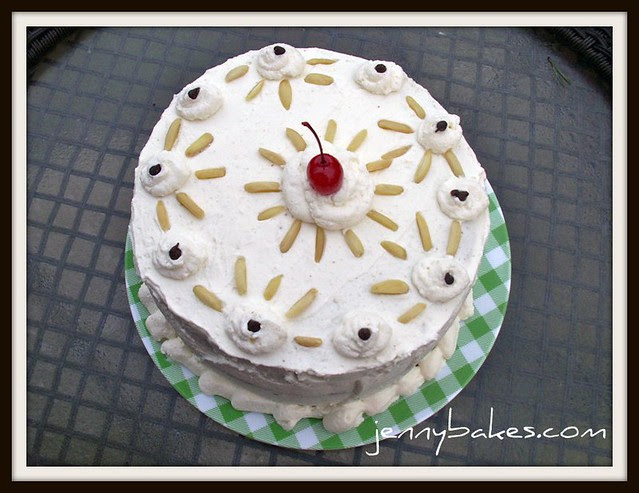 When I was gathering recipes for my Around the World baking challenge, I came across The Italian Baker by Carol Field, probably because a revised edition came out recently. I poured over recipe after recipe, through breads and pizzas, until I ended up in the dessert section. The most interesting cake, the cassata, was explained as a traditional cake for Easter. I knew I needed to save the recipe for Easter week, and to hunt down a book set in Sicily to accompany it. 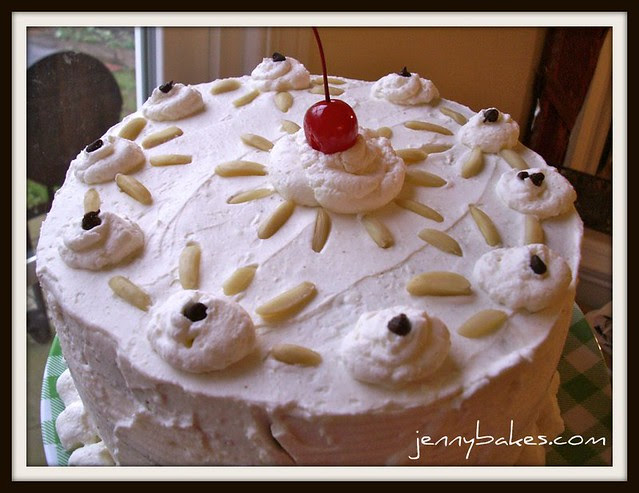 So here we are, Easter week! There were a few bits in the recipe that made it less appealing; I particularly was not won over by the icing and marzipan, traditional as it was. I dug around the internet and discovered that quite a few bloggers I follow had baked a cassata together in 2008. (You can head over to La Mia Cucina for recipes and pictures of her version.) I liked the sound of their filling - heavier on nuts and chocolate, lighter on candied fruits than the traditional - and I liked their icing - a whipped cream cream cheese frosting. I made the entire cake in one night, from cake baking to syrup simmering to frosting making to assembly. The only thing that waited for morning was the maraschino cherry in the middle. 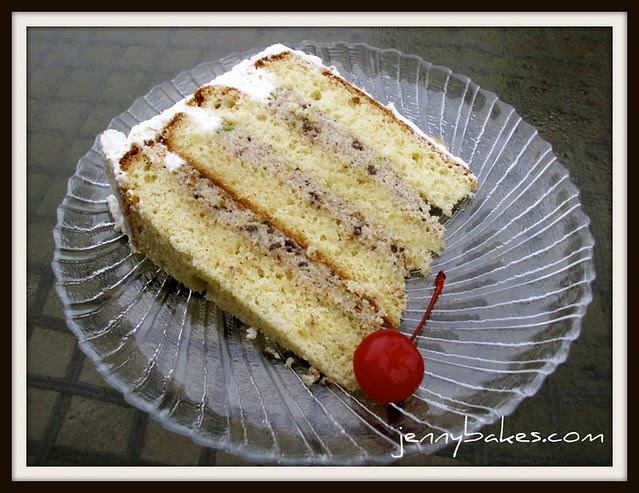 In the end, the best description of this cake is that it is a cannoli cake! The cake absorbs the rum syrup, making it sweeter. The filling is primarily ricotta with all these flavors and textures mixed in - I just used a food processor to mix the cheese with the pistachios, chocolate chips, cinnamon, orange zest, and extracts. Instead of assembling the cake in a springform pan (as I do not have a 9" springform), I used a trick from my old cake decorating days of making a stormwall circle of the outside icing around the perimeter of each layer before adding the filling inside the circle. I chilled the filled cake about 30 minutes before icing the outside, then let it sit in the fridge overnight. I think you can see from the slice that the final cake did not suffer from this treatment - the layers are even, and firm. The icing didn't weep or slide around. And I thought it was delicious!

In my preparation, I came across a beautiful travel blog entry on Sicily.  Who wouldn't want to visit the land of this delicious cake?
at 10:18 PM

I have never had Cassata. It looks great!