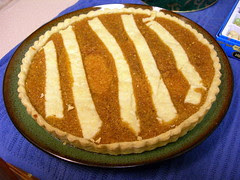 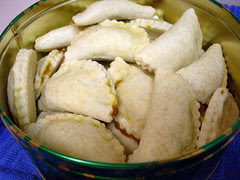 *If you can't find pumpkin pie filling, if it's not "in season" - combine canned pumpkin with spices and a little brown sugar, and you'll be fine.
at 4:46 PM

What fun. I must confess I have never read any HP books or seen any of the movies.