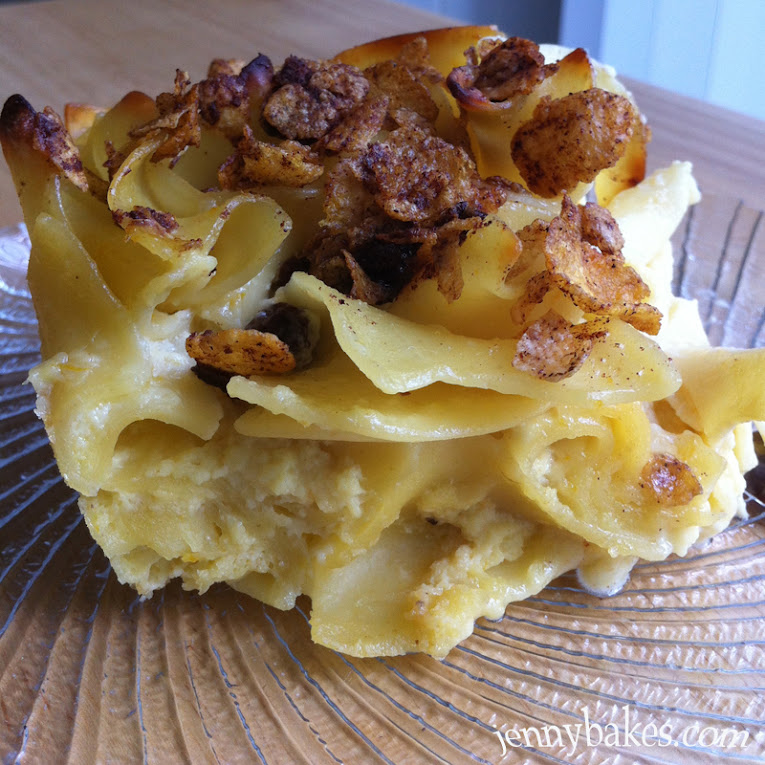 This is my rendition of Anne Whiteman's Birthday Kugel.  It is a grandmother dish too!  Anne Whiteman is the mother of the man who helped create Windows on the World, the restaurant well known for its presence in the World Trade Center.  I mixed it up the night before and by morning, the citrus zests and creamy custard were ready to permeate the noodles.  It felt like home, and I made a silly post in Facebook about kugel making me believe in reincarnation.  Well - I'd never had a sweet version before, but it felt so familiar and homey.  I suppose that is what traditional, comfort food is for.
at 10:19 PM